Do you think the effects of Covid-19 will shape a new world order? Is the world politics entering into uncertain times?

This is a complicated question. I think it is too early to tell. World orders emerge fairly gradually. But at least two key themes have emerged. First, the idea of a liberal international order of cooperation in the face of a global challenge has been damaged. It has not collapsed, but the US-China quarrel has “infected” even the response to the pandemic. Second, the prestige and regard that the leading Western democracies enjoyed, has been severely dented. American and British responses in particular have been shocking and are all the talk of international politics. Despite its initial mishandling of the outbreak, China has emerged relatively stronger in terms of its image. The US presidential election in November will be a continuing distraction for Washington and the results will have consequences for the future of world order. But what is clear is that whoever comes to power in the US, relations with China are not going back to the coziness of the pre-Trump era.

What could be the impacts of growing rivalry between the United States and China on global politics? Do you foresee cooperation or confrontation between these two powers in the future?

Clearly, US-China relations are at a very low point, perhaps as low as in the 1950s and 1960s. The impacts are already being felt in virtually every field – global health, trade and investment (decoupling), technology (e.g. choosing 5G networks), geopolitics (you are either for us or against us). The pressures on the rest of the world are growing. No one wants to choose sides, but Washington and Beijing are making non-alignment difficult. This can only get worse, even if Donald Trump loses the US presidential elections. Having said that, war does not seem to be a possibility given the presence of nuclear weapons and massive conventional forces on both sides. We are in for a new and different Cold War, not a shooting war. The US and Soviet Union worked out various protocols gradually for dealing with their rivalry. The US and China will have to do the same for a new normal. It could come down to a spheres of influence world, where the US is more or less supreme in the Western hemisphere/Atlantic world, and China is predominant in Asia. I say predominant for China because there are a number of big contending parties in Asia including India, Japan, Vietnam, Russia, Indonesia, Australia while the US does not have a worry close to home. The Asian powers around China have significant militaries, so the situation for China is not as comfortable. A spheres of influence world may be fairly stable, but it means that those trapped within those spheres will not necessarily be happy living under a superpower. As things stand, the US is unwilling to concede a spheres of influence world to China, so we can expect continued instability and diplomatic contention. Perhaps the best we can hope for between the US and China is what the American analyst Ashley Tellis said about India-Pakistan nuclear relations, namely, that it will be marked by “ugly stability” at best.

Is the hostility between India and China along the Line of Actual Control simply a bilateral border dispute or a part of broader geopolitical tussle? How could Indo-Chinese relations unfold in the days ahead?

The tussles between India and China going back to the 1950s have never simply been bilateral. The Soviet Union, the US, the UK, Pakistan, and South and Southeast Asia more broadly have always been a factor. India-China relations are deeply embedded in a global history: they are impacted by trends, actors, and choices made by others including non-state actors, and they in turn affect other parties. So, it makes little sense to see the quarrel as purely bilateral, no matter what the two governments say. It is not even a purely regional tussle confined to South Asia or the rest of Asia. India and China now see themselves in varying degrees of competition all over the world. The border in a purely material sense is not a greatly consequential issue, but a final settlement will have implications for their reputations worldwide and for their domestic politics. So the process of coming to a settlement as well as the nature of settlement matter even though the actual land area in contention is not terribly significant.

Indian Prime Minister Narendra Modi has emphasized on the ‘Neighborhood First’ policy since coming to power in 2014. However, the reality paints a different picture. How do you assess Modi’s foreign policy vis-à-vis India’s neighboring states?

PM Modi started relatively well, back in 2014-15. But for a variety of reasons India’s outreach and relations have never lived up to the early promise of his time in office. I think that a key reason is that he launched too many initiatives in foreign policy (and domestic policy), but the Indian administrative and national security capacity is not geared to delivering on such a range of issues. Despite what he may have said in public, his energies have gone into dealing with the big powers, and so the follow-ups in the neighborhood have never quite happened. Of course, it is not all his or India’s fault. There are domestic forces at work in the smaller countries including Nepal that have made relations with India difficult. And China’s increasing influence has affected the calculations of the smaller South Asian countries vis-à-vis India. The smaller South Asian states can use the space between India and China to strengthen their bargaining room with both Delhi and Beijing – and they are doing it. So I would not put all the blame on India at all.

Nepal and India share historical relations embedded in deep cultural, socio-economic and people-to-people linkages. The bilateral relationship has dampened over the past five years and has been further dented by the recent border dispute related to Kalapani, Lipulekh, Limpiyadhura. There has been no interaction at the government level since then. What do you feel are the factors that have led to such a sorry state in Nepal-India  relations? Don’t you think the Modi government should revise its Nepal policy?

The specific border dispute is complicated, and it needs an expert to comment on it. I am not a boundary expert. As I said in my earlier response, both India and Nepal are responsible for the present state of affairs. It takes two to quarrel, and Kathmandu cannot pretend to be altogether innocent, including the Prime Minister. Territorial issues are very sensitive but as noted earlier about India and China, they are never just about land and lines of ownership. There are other forces and contexts that impinge on territorial quarrels. Clearly what the present quarrels indicate is that India-Nepal relations need a new compact. Here I would say that Nepal has more to do. It resents the treaty with India, but when New Delhi suggests that it is open to revisions, Kathmandu seems to recoil and lapse into complaining rather than moving forward either to scrap the treaty altogether or creatively work for its revision. It seems to me that change is required, but both parties have to think sincerely about bringing change. Having said that, this may not be the most propitious time to begin the process, given that India (and Nepal) have other challenges ahead of them – managing Covid-19, economic recovery, and, for Delhi, handling the situation with China in Ladakh.

How do you view China’s growing political and economic influence in South Asia in general and Nepal in particular?

China’s influence in South Asia is growing. Delhi knows it and has acknowledged that “keeping China out” is virtually impossible. For its part, Beijing has until recently been mindful of Delhi’s sensitivities including in Nepal. The Himalayas do pose a certain limitation on Chinese influence just as proximity and contiguity give India a natural influence that will persist. India, China, and the smaller states of South Asia have to maintain a cool-headed balance in their relations. In the case of India, China, and Nepal triangle that cool-headedness has been lost in the past few months. Kathmandu can play a role if it wants to in restoring a sensible balance of influence.

Nepal Forum of International Relations Studies (NEPAL FIRST) is a Kathmandu-based independent, not-for-profit and non partisan organization in the field of International Relations that focuses on issues related to Nepal’s foreign policy and diplomacy.
Previous Post“US-China confrontation could create a global strategic instability” – Dr. Chen DongxiaoNext Post“The US and China are less likely to go to war” – Prof. David Laitin 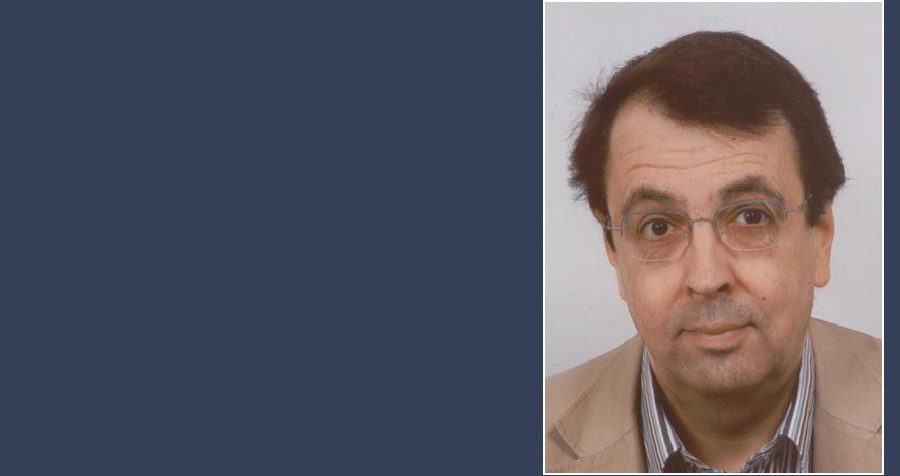